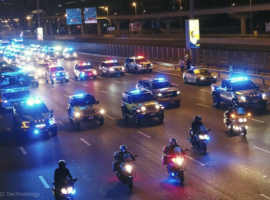 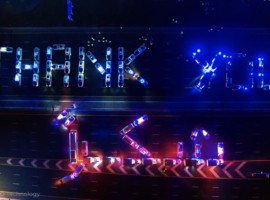 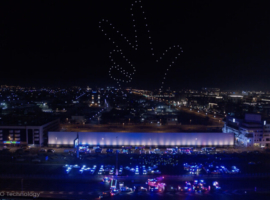 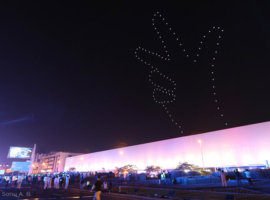 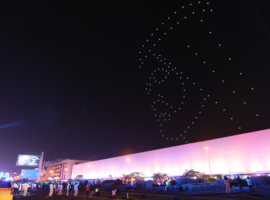 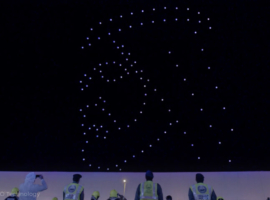 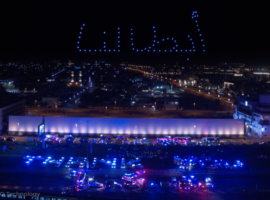 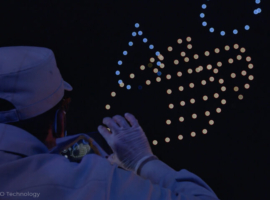 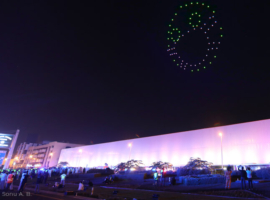 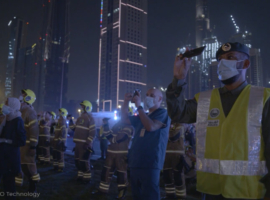 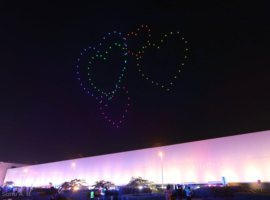 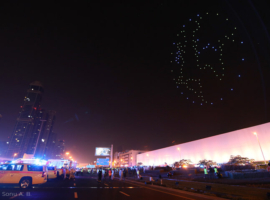 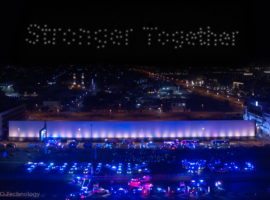 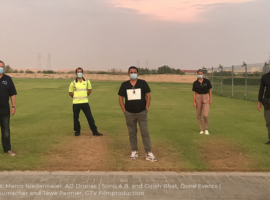 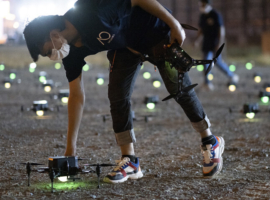 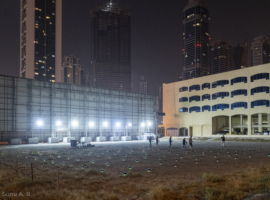 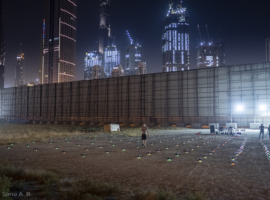 In June, AO Drones was proud to play a key role in the creation of an unforgettable event designed to thank Dubai’s frontline workers for their service during the COVID-19 pandemic.

Conceived and produced by AO Drones’ Producer, Marco Niedermeier, the event was realised in collaboration with leading event specialists Done Events, GTV Film Productions and Brand Dubai and with support from the Emirate’s Government, Police and municipal authorities.

“I wanted to do something for Dubai,” says Niedermeier, a resident of the city for 20 years. “We have our drone show technology, but a drone show was not enough. So, I was thinking, what can I do?”

AO Drones had previously collaborated with its US partner, Verge Aero, to produce aerial displays of gratitude for frontline workers in Philadelphia and Nashville. “At those events,” says Niedermeier, “there were police cars and ambulances at the sites, so I wondered, how could we include those in our show?”

In addition to a stunning aerial display using the company’s sophisticated drone fleet, Niedermeier’s idea was to arrange police cars and other emergency vehicles, with lights flashing, to spell ‘Thank You’, in both English and Arabic. But he knew he would need to draw on the skills of his extensive contacts in Dubai’s event production network to achieve something on this scale.

“I worked out the idea and called my friend Sonu A. B., Event Director at Done Events,” says Niedermeier. “He was fascinated, so he spoke to Girish Bhat, the Managing Director of Done Events, who was also very keen to make it happen.”

Bhat secured the enthusiastic help of the authorities, including the Government of Dubai’s Media Office, the Dubai Police Force, the Roads & Transport Authority and others. They also brought trusted production partners on board, including MediaPro to light the show area, and Aggreko to look after on-site power. “And I called another friend, Tewe Pannier, from GTV to look after the film work,” says Niedermeier. “Everybody was keen to be involved. We all wanted to say thank you.”
Fittingly, that message of thanks would also include the #StrongerTogether motto, introduced by His Highness Sheikh Hamdan bin Mohammed bin Rashid Al Maktoum, to unite the population of Dubai during the challenges of the COVID-19 crisis.

The restrictions imposed during the pandemic meant that this was far from a normal production process, with hundreds of meetings between key production suppliers and authorities being carried out during lockdown via video conferencing platforms. Later, all on-site activity was carried out in accordance with safe working guidelines including social distancing, the use of PPE and strict controls on the use and sharing of hardware, such as computers and screen displays.

To ensure the show’s content was kept under wraps, test flights had been secretly conducted in a remote location. However, the show site itself needed space enough for the 120 emergency vehicles required, and for a dedicated safe zone from which to launch and fly the AO Drones fleet, while ensuring uninterrupted GPS communication with the individual drones.
It was not until the team was allowed on-site on the evening before show day that an unforeseeable challenge materialised: while there was space enough to allow a safe flight, nearby structures were found to affect the GPS navigation systems. This led Kevin Niedermeier, AO Drones’ licensed drone pilot with ultimate responsibility for the flight’s safe execution, to call off the night’s planned rehearsal.

The following day a new site was found, but flight area was compromised by two pools of light from nearby streetlamps. Fortunately, AO Drones’ advanced show programming and control software, developed specifically for entertainment applications, allows for rapid edits to the aerial choreography, which enabled the team to fly a perfect rehearsal just three hours before show time.

After five of weeks of detailed planning in difficult circumstances, the complex event finally took place on 11 June. In the absence of a live audience, the concept was to produce a short film, shot in the style of an action movie, which could then be shared far and wide via social media. The film began with the inspirational words of His Highness Sheikh Mohammed bin Rashid Al Maktoum, Vice President and Prime Minister of the UAE and Ruler of Dubai: “There is no ‘impossible’ where there is faith and determination”.

Next came aerial shots of messages of support spelled out on iconic Dubai landmarks including the Burj Khalifa and the Burj Al Arab. It then followed the dramatic progress of Police cars, including Dubai’s famed police supercars, as they made their way from across the city, and along the Sheikh Zayed Road, which was closed to public traffic for the occasion. With the vehicles converged on the show site, the film culminated with a salute from the emergency services personnel, spectacular aerial views of the ‘Thank You’ messages on the ground, and the grand finale of the AO Drones aerial display.

For those on the ground – the vehicle drivers from the emergency services, some invited doctors and nurses and even some members of the associated production crew – the finale was a complete surprise. “It was amazing to see the reactions of the people,” says Niedermeier. “They had no idea what was happening. They saw the cars, but couldn’t see the words they spelled out until they saw the shot from the camera drones. Then, when the drones came up, it was a ‘Wow’ moment. Most of them had not seen a drone show before.”

Rising into the air with their characteristic hum, the fleet of 120 drones performed a 10.5-minute show which captivated those lucky enough to see it live. The impressive aerial choreography included a portrait of His Highness Sheikh Mohammed bin Rashid and his famous three-fingered hand salute symbolising victory, triumph and love. Other images included the flag of the UAE, the earth – signifying the global challenge posed by COVID-19, scenes depicting social distancing, hand-washing and face-masks. Finally, the drones formed ‘#StrongerTogether’ and ‘Thank You’ in the sky to honour the heroes in the frontline against COVID-19.

The result was more powerful than anything Marco Niedermeier could have imagined when he had his first idea to “do something for Dubai”. The response from everyone involved was overwhelmingly positive, and the event quickly became the talk of the town. “His Highness Sheikh Hamdan posted the film on social media,” says Niedermeier, “so immediately, the word spread around and weeks later, people are still talking about it.”

He concludes, “We have had nothing but great feedback, and everyone involved was so happy to have been able to do something so memorable for our front-line workers.”