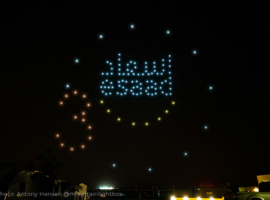 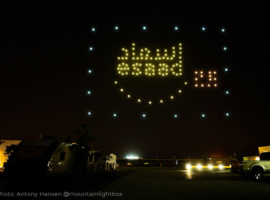 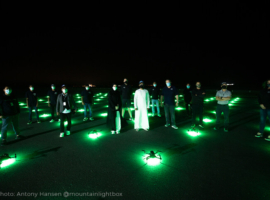 Our drones formed logos and customized pictures and claims in the sky while video cameras recorded the show. At the end a video clip was cut to share on social media channels.