Lighting systems on the way to Doha/Qatar 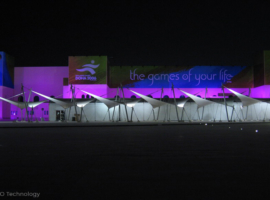 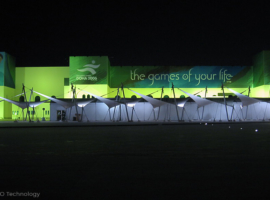 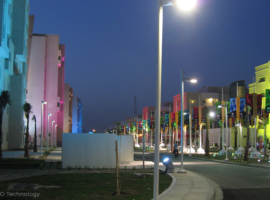 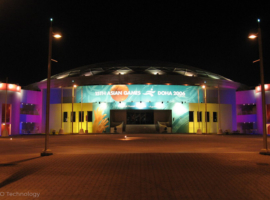 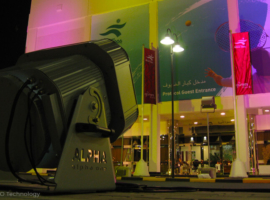 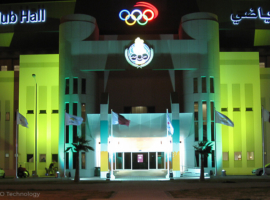 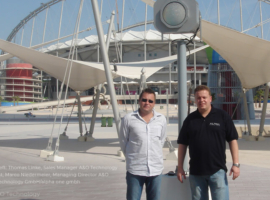 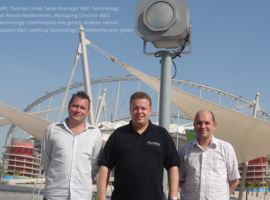 Qatar hosted the 2006 Asia Games Doha from 27 November to 17 December, with technicians from A&O Lighting Technology GmbH in the host city several weeks in advance, installing the lighting systems at various venues for the 15th Asian Games. On behalf of Habegger AG, Switzerland and The Look Company, Doha, A&O Lighting Technology supplied a total of 160 architectural lighting systems from the manufacturer alpha one gmbh as well as 30 xenon flower effects for the Asia Games.

70 SKY FALCON ARC colour 1200W and 26 SKY FALCON ARC white 1200W illuminated the building facades of the Olympic Village. A further 56 SKY FALCON ARC colour 1200W and 28 Xenon Flower effects were installed in the entrance areas of the stadiums and at the main stadium venues. Also along Corniche Road, 9 FALCON STATIC ARC white 3kW were mounted on masts for the “City Look”. Preparations were in full swing so that everything was perfectly coordinated for the kick-off of the 15th Asian Games. The systems were controlled by DMX controllers from e:cue. A total of 14 e:cue butlers were used, which were previously programmed using the e:cue “Programmer Enterprise” software.