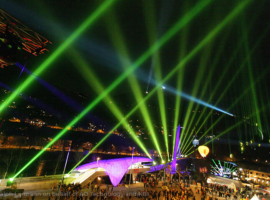 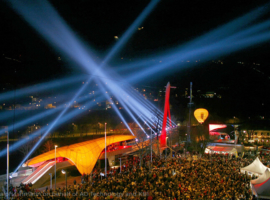 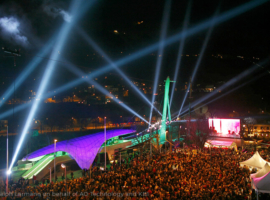 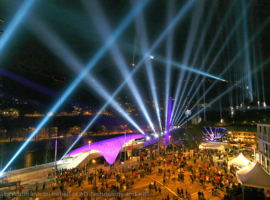 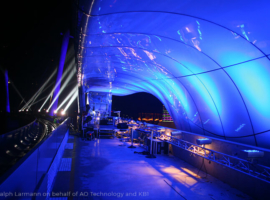 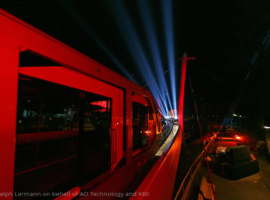 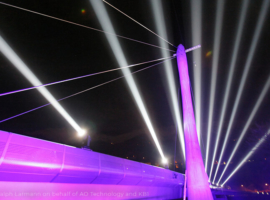 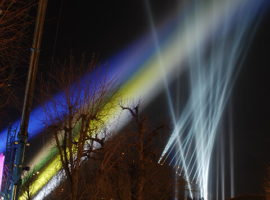 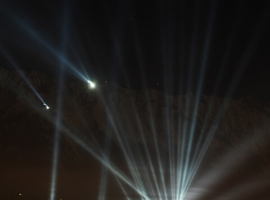 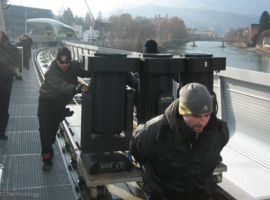 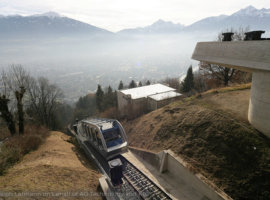 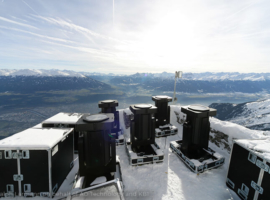 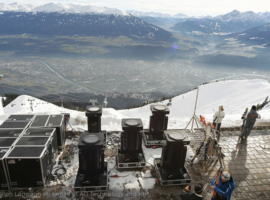 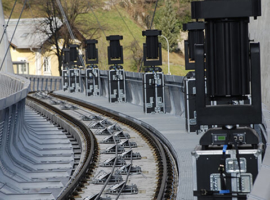 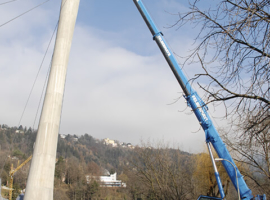 A fascinating lightshow provided the high point of the opening ceremony for the new Hungerburgbahn in Innsbruck. Thousands of people attended the celebrations marking the opening of the new funicular railway linking Innsbruck’s Congress and Hungerburg stations. The new three-stage Nordkettenbahn connects the capital of Tyrol with the high mountains, taking you in a matter of minutes from the valley to the Alpine ski slopes.

Commissioned by Nordpark, the company that runs the railway, the event agency KB1 collaborated closely with A&O Technology on the opening show, with A&O Vision providing an unified implementation of Hans Peter Rass of KB1’s original idea. In A&O’s creative department, Jens Probst developed the design as well as a number of visualizations for the show, and together with the composer Christian Steinhäuser came up with the concept for the musical implementation for what turned out to be an inspiring spectacle staged in the foothills of the Eastern Alps.

One hundred and twenty xenon searchlights from the alpha one FALCON® range were used to illuminate the route all the way up the mountain, thereby making it an integral part of the show. A&O Lighting Technology GmbH of Oyten near Bremen installed the equipment directly alongside the 4 kilometre track. The cable-hauled trains themselves were enlisted to transport the equipment, along with a number of other aids. The futuristic Löwenhaus station, which like all the Hungerburgbahn’s other buildings, was the work of the celebrated architect Zaha Hadid, was illuminated by LED-based FALCON® LED-FLOOD 72 luminaires, whilst the 34-metre pylons of the cable-stayed suspension bridge across the Inn were lit using SKY FALCON® ARC colour 1.2 kW architectural lighting systems.

Due to the distances involved and the inaccessibility of parts of the area lit, the data control of the FALCON® luminaires was supplied in some places by wireless DMX and in others by ELC LAN-NODE 8, an Artnet DMX converter that made use of the railway’s existing fibre-optic network. The fixtures were positioned at altitudes varying from 500 metres in Innsbruck itself to 2,274 metres at the highest station, Hafelekar. The central station, from which the entire opening show was controlled, is the Löwenhaus.

The overall concept of the event was a great success:the public was enthusiastic and the project, carried out jointly by KB1 and A&O Technology, met with an extraordinarily positive response from the client.