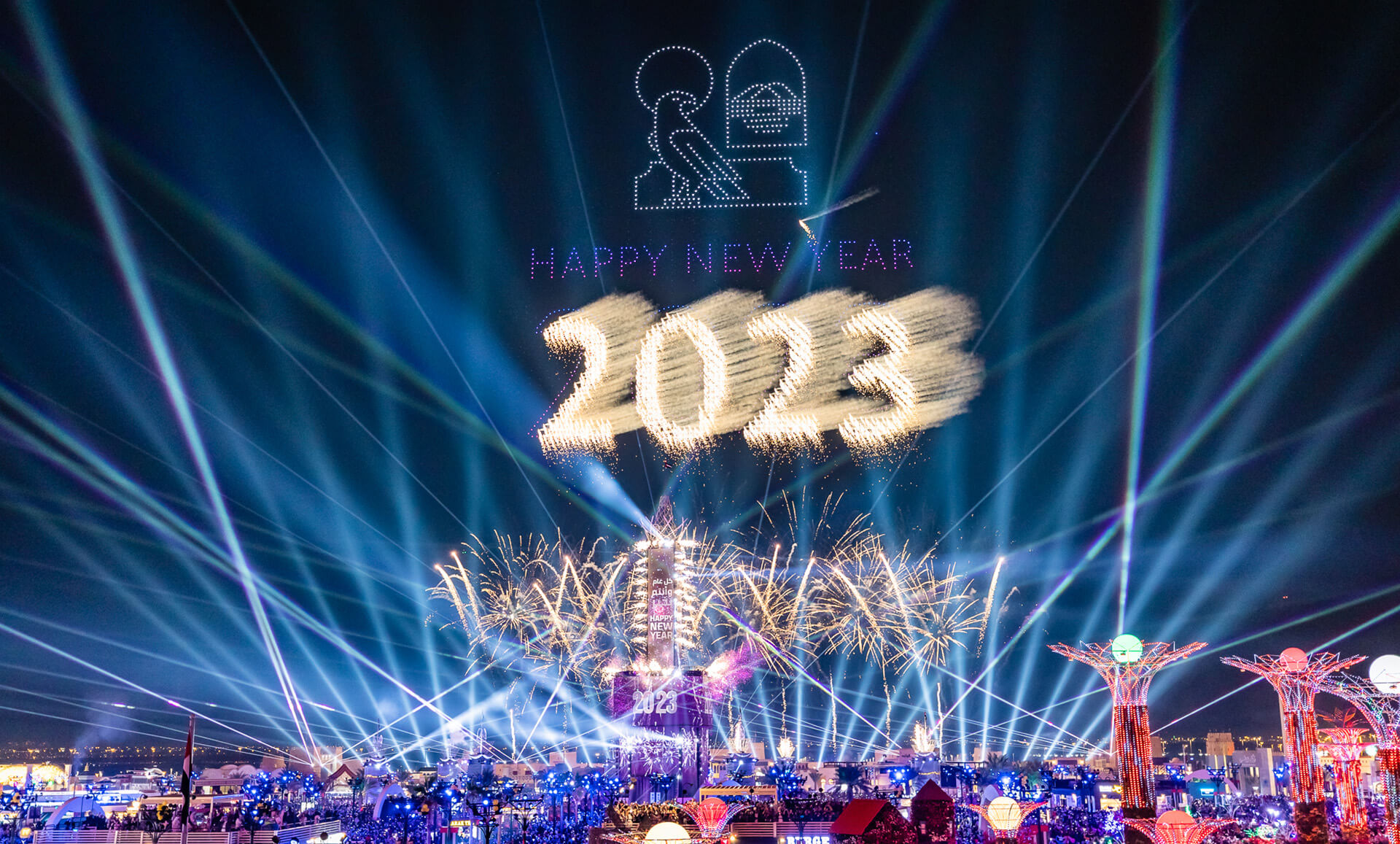 3000 drones of which 650 were pyro drones created magnificent images that thrilled the spectators. While the final 40-minute fireworks display set three world records, the drone show broke the world record for the largest QR code flown by drones.

You also want such a show? Then contact us and send us your request.