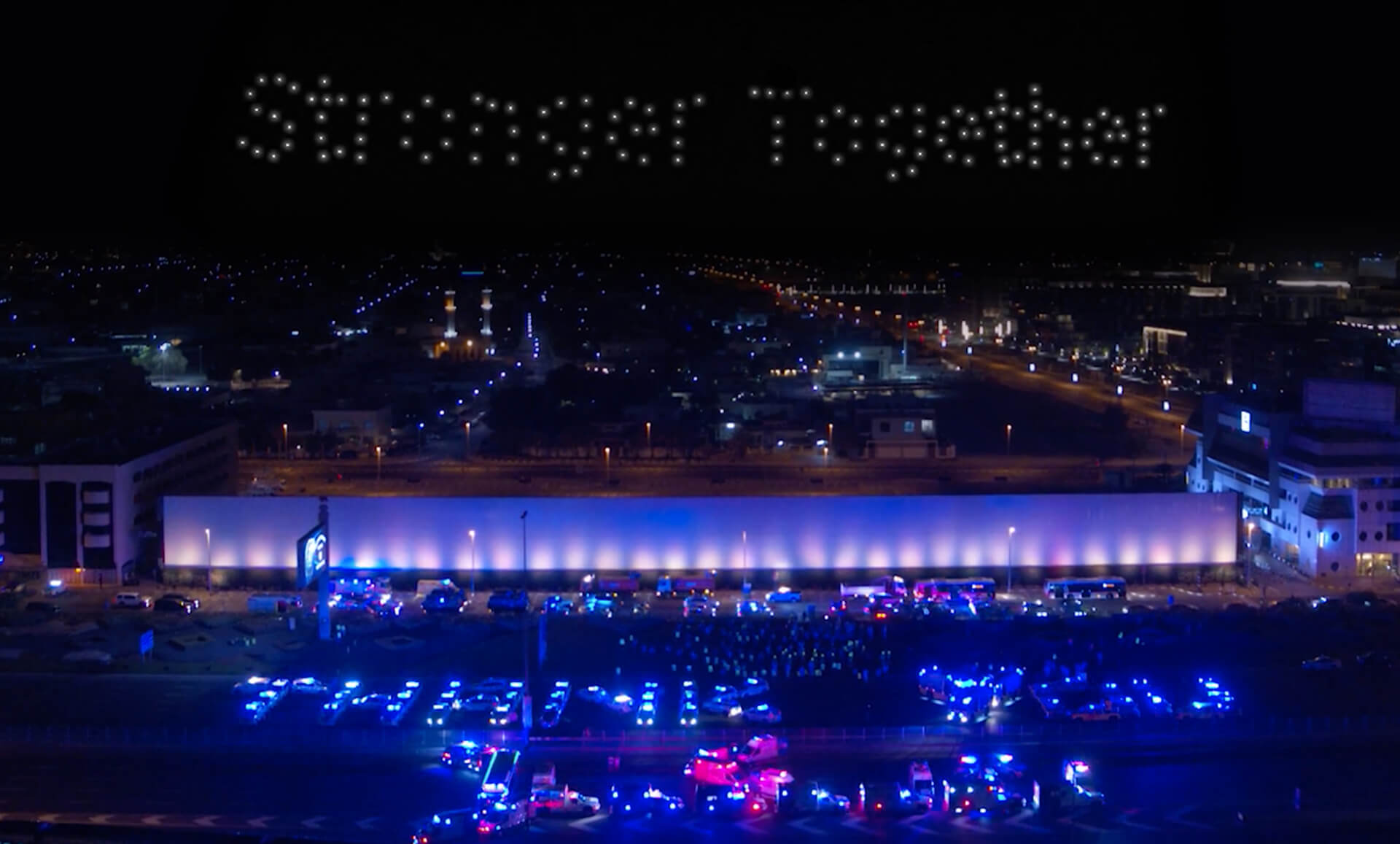 Together with Brand Dubai and Done Events, AO Drones created an unique display to honour the frontline workers in the UAE

The video, developed by Brand Dubai, in partnership with Done Events of Arab Media Group, AO Drones and several government entities, captures unique displays of messages thanking the frontline workers waging a relentless fight against COVID-19. Messages in the video also seek to reinforce awareness of shared responsibility in the community.

The video begins with Vice President and Prime Minister of the UAE and Ruler of Dubai HH Sheikh Mohammed bin Rashid Al Maktoum’s inspiring quote “There is no ‘impossible’ where there is faith and determination” depicted against a sweeping panoramic view of Dubai. ‘Stronger Together’, the words of HH Sheikh Hamdan bin Mohammed bin Rashid Al Maktoum, is one of the other messages highlighted in the video.

Using a mix of motivational and awareness messages, the video reminds people of the role of collective efforts and compliance with precautionary measures in overcoming the pandemic. More than 120 drones and 100 vehicles were used to create the displays shown in the video. Drone lights sketch a portrait of Sheikh Mohammed bin Rashid, in addition to images of His Highness’s hand salute, symbolising victory, triumph and love; and the earth, signifying the global fight against COVID-19. Scenes of the drone show lighting up the skies above Dubai with messages honouring COVID-19 heroes are featured in the video.

The video also shows messages of appreciation and support beamed on Dubai’s major landmarks such as the Burj Khailfa, the Burj Al Arab, Dubai Frame and Sheikh Zayed Road, among others. In a choreographed display, vehicles come together to form the messages ‘Thank You’, ‘To the UAE’, ‘To Our People’ and ‘To Our Heroes’ in both Arabic and English. The displays also highlight the importance of preventive measures such as social distancing, wearing a face mask and washing hands regularly.

The video was put together with the support of various government agencies, including Dubai Police, Dubai Civil Defense, Dubai Ambulance, Roads and Transport Authority, Dubai Municipality, Dubai Civil Aviation Authority, Dubai Film and TV Commission and partners from the entertainment and hospitality industry.

More about the project 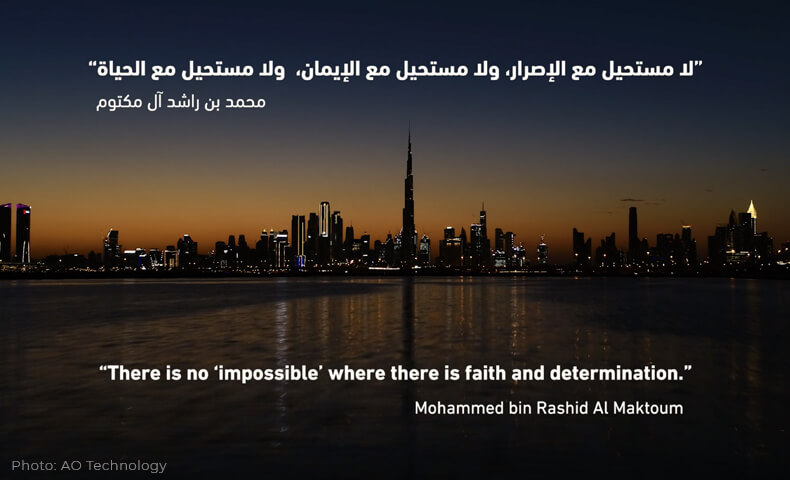 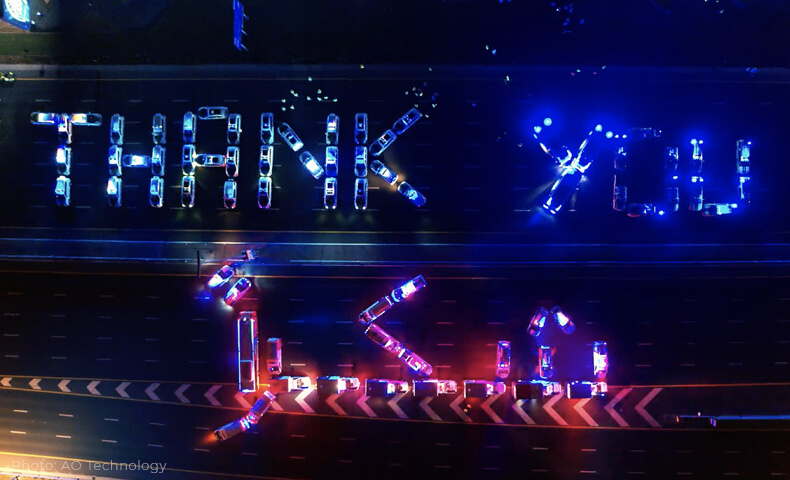 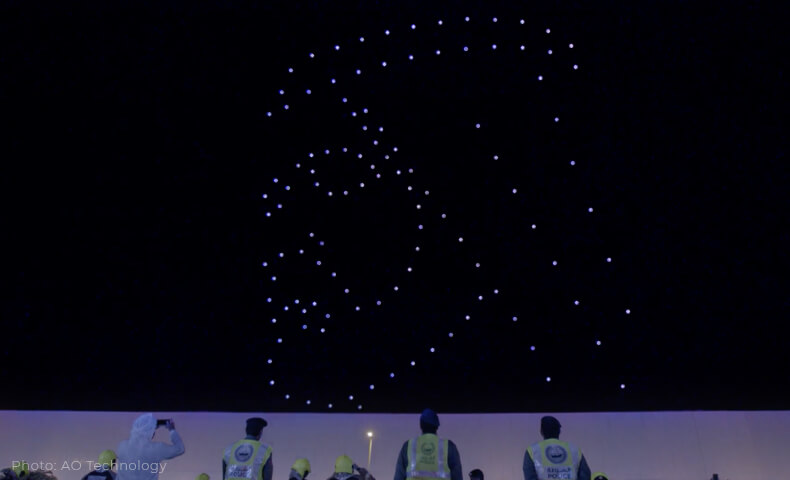 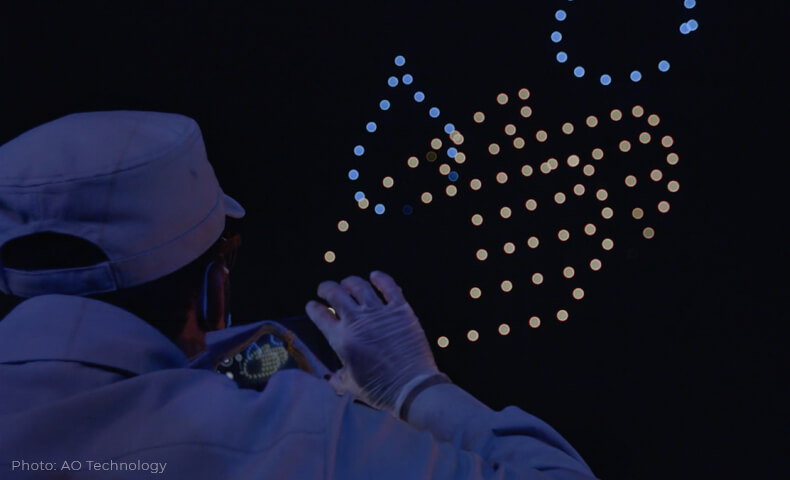 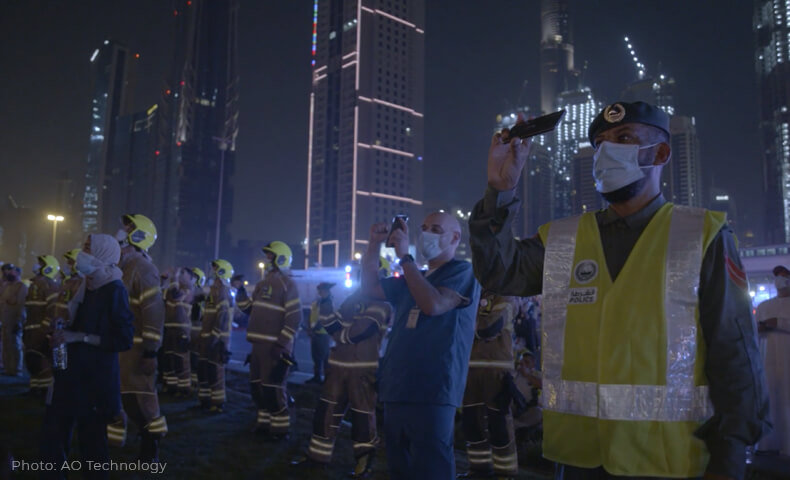 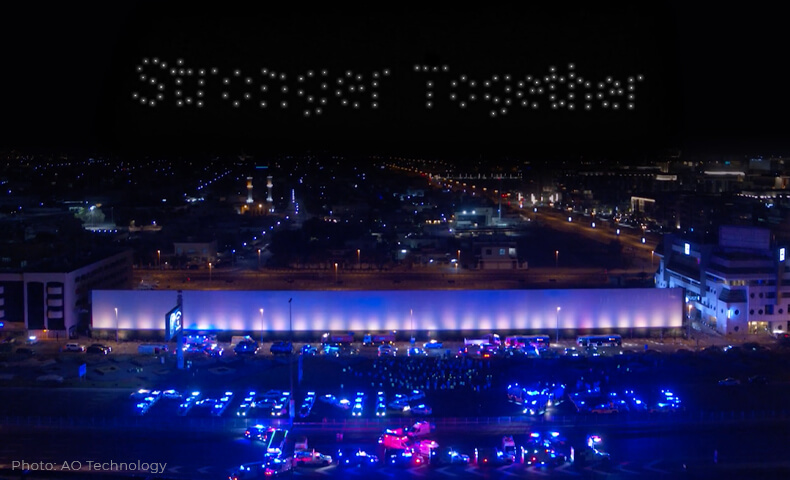