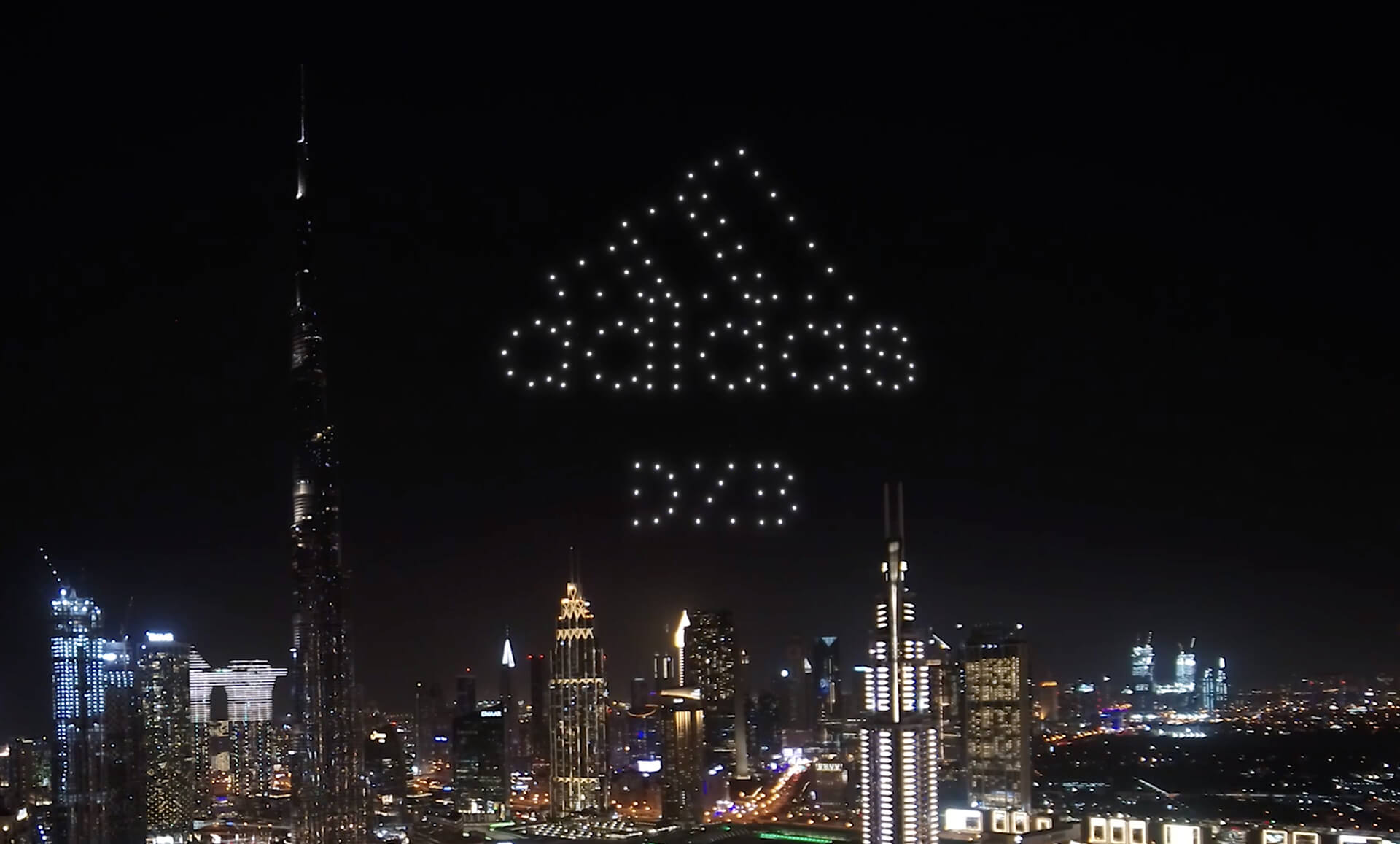 AO Drones teamed up with Jack Morton who served adidas MENA to give customers around the world a glimpse into the future of sport. We flew 120 drones to mark the new adidas flagship store over the skies of Dubai. In addition, we programmed the light and laser show for the video clip played on the Burj Khalifa. Thus adidas presented a great advertising message in the heart of Dubai. Our partner GTV Film Production created two commercials that promoted the opening of its new flagship store in the Dubai Mall via social media.