Temple of Olympieion, Athens, Greece
back 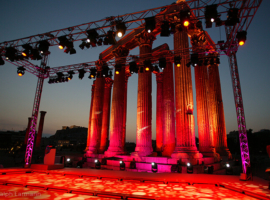 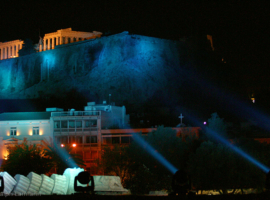 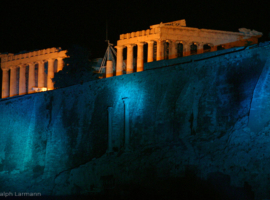 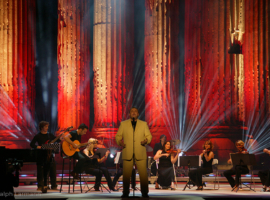 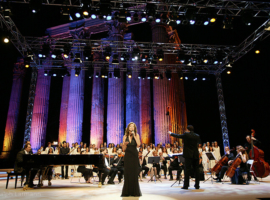 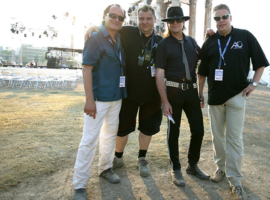 TEMPLE OF THE OLYMPIEION,  ATHENS, GREECE

On Thursday, August 5, 2004 at 9 p.m. the Greek ambassador for culture, Vicky Leandros, will present the big ARD Olympic Gala on TV channel ARD. The TV event was recorded in front of the historic backdrop of the Olympieion in Athens. International stars, protagonists of the Olympic movement, Greek interpreters and Greeks living abroad came to their homeland for this gala and conveyed the magic of Greek entertainment to German television viewers.

On behalf of the ARD, commissioned Radio Bremen Fernsehen the company A&O Lighting Technology with the entire realisation of the stage construction and the lighting equipment. A&O decided for the lighting designer Manfred “Ollie” Olma who should create for the gala a great light show matching the antique scenery.